The amount of metal used in our society is astronomical on a global scale. That is because metal is a highly-useful and beneficial commodity that can be applied in infinite industries, from automotive manufacturing and construction, to food service, plumbing, electrical, medical equipment, and more. If you are interested in doing your part to preserve our planet’s natural resources and reduce our need to mine for new ores, your best course of action is to start a metal recycling initiative at home and in the office!

Although all metal is 100% recyclable, there are some metals that are easier to come by than others. Continue reading to learn the top 4 easiest metals to get started with when it comes to recycling.

Do you have some food or soup cans laying around? These are likely made from aluminum! If not, they are made of tin, which is also entirely recyclable and reusable. Additional sources of aluminum scrap include car parts, metal patio furniture, mailboxes, sheet metal, bicycles, pots and pans, window frames, and some plumbing fixtures like sinks and faucets.

Steel is perhaps the number one most recycled metal in the United States. In fact, before Eco-friendly practices were trendy, steel was being recycling regularly. Not only does steel recycle require a fraction of the energy needed to recycle other materials, it does not lose any of its valuable properties in the process. This means steel can be recycled and reused over and over again.

Lead might not be something we want in our water, but it is something we want to recycle as often as possible. Common sources of recyclable lead include automotive batteries, including batteries for other types of motorized things, like motorbikes, bulldozers, golf carts, scooters, boats, and more. It is important to properly dispose of lead materials by recycling them because it can be harmful to the surrounding environment if leaked.

The most common sources of copper that can be recycled are electronics and cookware. If you have old pots and pans made from copper, you have a decent freight of recyclable metal. Other sources include anything with a computer or circuit board, as well as, electrical wiring. Some gutter systems and roofing materials are also made from copper, and can be recycled over and over again.

A Trusted Indianapolis Metal Recycling Company That Pays You Cash

Call Zore’s Recycling division at 317-244-0700 to recycle metal in Indianapolis, Indiana for cash. We have been a family owned and operated company for over 75 years, and continue to make customer satisfaction our number one goal in our metal recycling division. And to make recycling easier for you, we offer several customer conveniences at no extra charge! Request a free estimate, today.

Nearly all metal and objects containing metal are recyclable. But there are, however, certain metals (most of which are not even accessible by common person) that are not recyclable, or not accepted at scrap metal recycling centers because they are hazardous waste. Continue reading to learn about these particular metals, and where to recycle metal in your community. 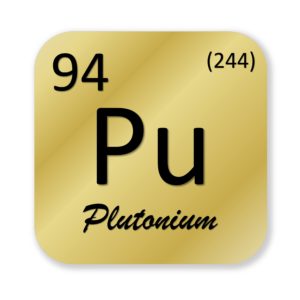 The most common (and obvious) non-recyclable metals are Uranium and Plutonium. These are referred to as radioactive metals. Now unless you are a scientist, physicist, military engineer, or some secret government nuclear power mastermind, you are not going to ever see or come into contact with Uranium or Plutonium. But just as food for thought, they are radioactive metals that are not suitable for recycling because they are extremely detrimental to our health and environment.

There is a third metal too toxic to recycle, and that metal is Mercury. This also includes anything made with or containing Mercury. Lastly, another metal that should not be recycled is lead; like lead-acid batteries and cathode ray tubing found in television sets and computer monitors. Although most scrap metal recycling centers will accept these commodities, they will remove the toxic metal components before the salvaging process. To further understand more about Uranium, Plutonium, and Mercury, and why these metals are not safe to recycle, check out the brief descriptions of each below:

Plutonium – Plutonium starts out brightly-colored silver and gray, but quickly changes to duller colors, even greens and yellows, when exposed to oxygen. It has a high boiling point and is a good conductor of electricity, but a poor conductor of heat. It is brittle and hard, but can be more malleable if combined with another metal. Human exposure to plutonium, for instance through inhalation, can cause genetic impairment, radiation poisoning, lung cancer, and death.

Uranium – Uranium is a heavy and dense metal that is named after the seventh planet from the sun, Uranus. It naturally occurs in rocks and oceans. It was first discovered in a mineral called pitchblende in 1789 by a German chemist named Martin Klaproth. The slow, radioactive decay of Uranium is what heats the Earth’s core, making it an abundant source of concentrated energy. It causes convection and continental drift too. It is found in familiar commodities like yacht keels and airplane counterweights, but it is also used for radiation shielding. 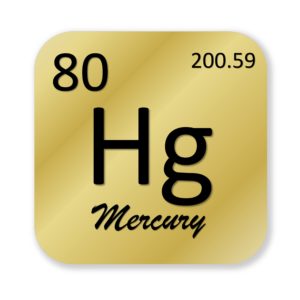 Mercury– You may recognize Mercury better by its nickname, Quicksilver. It is the only metal that is a liquid at standard pressure and temperature conditions (with the exception or Bromine), and has the lowest boiling point. Like Plutonium, it is a good conductor of electricity, but poor conductor of heat. A person can get mercury poisoning from eating seafood contaminated with traces of mercury, inhaling Mercury vapors, or exposing themselves to water-soluble forms of Mercury, like Methyl-mercury or mercuric chloride. Familiar commodities that use mercury include thermometers, barometers, and fluorescent lights.

Lead– As the heaviest non-radioactive metal, Lead is soft, malleable, and appears as a bluish-white color until exposed to air. It then turns to a dull gray-like color. It is mainly used in today’s society for building construction, lead acid batteries, ammunition, and as a shield for radiation (just like Uranium). Lead is a neurotoxin, poisonous to both humans and animals if ever ingested or inhaled. It can cause brain disorders, blood disorders, and nervous system damages. 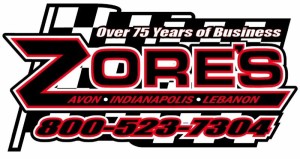 Call Zore’s Recycling at 317-244-0700 to recycle metal in Indianapolis. We are a family owned and operated company that has been serving the Hoosier communities for over 80 years! That means you can trust that we offer top quality services, 24 hour customer support, and we make metal recycling easy for you! We accept and pay cash for all metal and objects containing metal, including cars, boats, auto parts, appliances, construction equipment, computers, electronics, and much more. Call 317-244-0700 for information about our Indianapolis scrap metal recycling services, today.