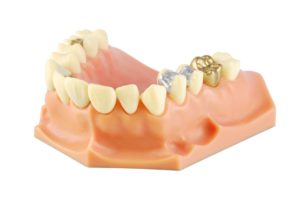 When a person has a cavity, dentists perform a procedure that “fills” the decayed portion of the tooth in order to restore the tooth back to its normal function. The material used to create these “fillings” is called dental amalgam, but more commonly referred to as silver fillings. Although the term “silver” is used often to describe cavity fillings, silver is not the only metal that makes-up dental amalgam.

Amalgam is made from a combination of metals that have been used for this exact purpose for more than 100 years. Also called silver amalgam, the metals used to make them include mercury, silver, copper, and tin. In some cases, small traces of palladium, zinc, and indium are also used to manufacture dental amalgam.

Now that there are new advances in technology in the dental industry, many people are choosing dental implant and filling options that are tooth-colored. This, along with the health concern of mercury on the rise, is making silver amalgam a thing of the past. So if you are one of the many people choosing to replace their silver fillings with tooth-colored fillings, you may be curious to know if your old fillings retain any value or can be recycled. Well, since all metal is recyclable, and dental amalgam tooth fillings are made from a variety of metal alloys, they are indeed recyclable!

All Metal Can Be Recycled

Metal and metal alloys are elements that can be cleaned, melted down, and reused over and over again, without losing strength or dependability. Common recyclable metals include copper, steel, aluminum, iron, brass, and tin. Even precious metals can be recycled, like gold, silver, zirconium, chromium, tungsten, and more. Many scrap metal recycling companies offer cash for scrap metal. However, you might not expect much profit out of a few tooth fillings. Items to recycle for cash include sheet metal, motorized vehicles, appliances, power tools, copper wiring, electronics, and construction equipment.

Call Zore’s Recycling at 317-244-0700 to recycle metal in Indianapolis, IN. We accept a wide variety of recyclable metal and commodities and pay cash on the spot for them! For larger items like vehicles, appliances, and motorized equipment, we will even provide free pick-up, towing, and haul-away services too! Call 317-244-0700 to learn how you can recycle metal for cash in Indianapolis, IN today. 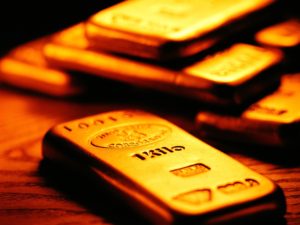 High valued metals are considered precious; but what constitutes a precious metal? A metal that is rare is typically categorized as a precious metal. Other variables that influence the worth of metals are high demands and market values. If precious metals come in bulk form, they are referred to as bullion, and traded on commodity markets. Bullion value is only determined by purity and mass; rather than its face value as money. Let’s take a look at the most popular high-priced precious metals and what purpose they serve in today’s society.

Rhodium is one of the most valuable metals in the world. It is a shiny and silver-colored metal that is mostly desired for its reflective qualities. It is often times used for mirrors, search lights, optical instruments, and jewelry varnishes. It is also widely used in the automotive manufacturing industry for its high melting points and its remarkable resistance to corrosion.

One kilogram of Rhodium has cost over 10,000 dollars in recent years; however, in today’s market, the price of this metal changes on a daily basis. As of January of this year, Rhodium costs between 1,100 and 1,300 dollars per ounce. For one kilogram of Rhodium, conglomerates pay upwards of 45,000 dollars or more, depending on the purity. South Africa and Russia are the dominate regions where Rhodium is found today. 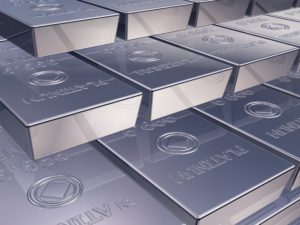 Engagement rings, dentistry, watchmaking, weaponry, and aeronautics are a few examples of popular uses for Platinum these days. Platinum is also found in South Africa and Russia; just like Rhodium, but it has also been found in Canada and a few other countries as well. It is most admirable for its malleability, density, ductility, and resistance to corrosion; just like Rhodium. It is a stunning silver-white metal with intense luster and shine. Often times it is mistaken for silver. One distinctive and interesting quality of Platinum is its ability to withstand large amounts of hydrogen.

Platinum is not a cheap commodity. As of today, platinum costs around 1,400 dollars per ounce; that’s 49,000 dollars for one kilogram! During stable economic times, the price of Platinum can easily exceed the price of Gold; whereas, in shaky economic spells, the price can drastically drop. Gold values are more stable during slow economic periods because its demand is not driven based on industrial use alone.

Gold is one of our world’s most popular metals and investment options. It is desired for its malleability, durability, and even more so for its beauty. For centuries upon centuries, gold has been a cherished and sought after metal; even before the human race could understand its actual worth. Gold is primarily found in China, South Africa, Australia, and the United States. Mining and panning are the common methods used to separate rocks and minerals from gold nuggets.

Gold has various uses, but is mostly associated with fine jewelry. An interesting fact is that gold actually has high conductivity levels, making it perfect for electronic components and more. It is also highly reflective and used for common products; from radiator shields to office windows!

Silver is one of the top most valued metals on the planet. It is a whitish-shiny metal that has the lowest contact resistance of all the metals discussed. It has phenomenal thermal and electrical conductivity capabilities; as well as, an endless list of uses.

Silver is probably most known for its common uses; such as coinage, jewelry, batteries, dentistry, circuitry, and even photography. However, there are several niche uses for silver that many people do not know about. For example, silver is also used as an odor-control solution for shoes and clothes, a mold treatment for wood, and more. It can even be used to stop the spread of bacteria on mobile phone covers.

As of May this year, silver is remaining steady at about 24 dollars per ounce. That equal to about 840 dollars for one kilogram. It is a fairly affordable metal, making it popular for jewelry and other material commodities. In the past, silver was valued much higher; reaching nearly 50 dollars per ounce in the eighties.